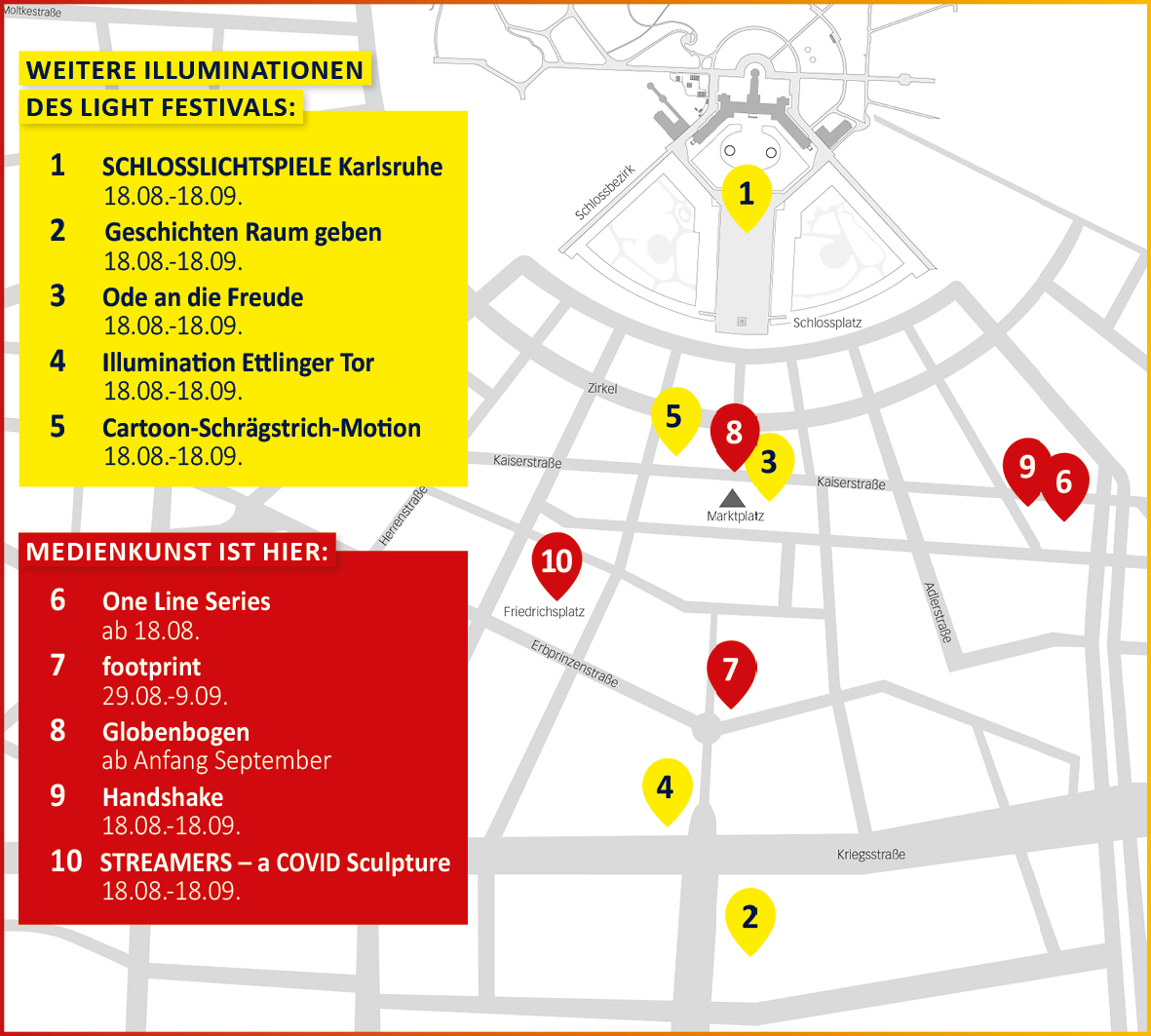 From 18th August to 3rd October, we’re going to light up the city centre with a Light Festival and present the SCHLOSSLICHTSPIELE Karlsruhe Light Festival with various additional events around the city. This decentralised festival will not only help promote the show at the Schloss Karlsruhe (Karlsruhe Palace) in these tough times, but will also attract even more people into the city centre for Karlsruhe’s most popular cultural event (Cultural Survey 2019).

The SCHLOSSLICHTSPIELE at the Schloss will not take place as an "event" in the normal form, but as a purely artistic "façade video mapping” show. We are currently planning two projection mappings in the evening, which will be repeated several times. The modified programme is intended to help prevent large numbers of spectators congregating around the Schloss at the same time. Instead, visitors will experience illuminations and light art at several locations and see the city literally in a new light as they walk around.