Light art on the Karlsruhe Palace

The Schlosslichtspiele were founded by Peter Weibel, the artistic-scientific director of the Centre for Art and Media (ZKM), as part of the Globale Digitale to celebrate the 300th birthday of the city of Karlsruhe in 2015. In that year the city hosted a festival summer entitled KA300.

The city of Karlsruhe – known for its radiating layout – is also known as the fan-shaped city. According to Weibel, the palace, which forms the centre of this floor plan, was the obvious choice as the central starting point for reflections on urban architecture. The video mappings refer to the façade of the palace, which houses the Badisches Landesmuseum, and the history of the city.

Particular attention is paid to the interaction between visitors and the light shows that the Lichtspiele embody – by means of games or movements, visitors become part of the choreography conceived by the artists.

On the strength of the positive feedback to the Schlosslichtspiele 2015, Karlsruhe City Council decided to continue the format under the artistic direction of ZKM Karlsruhe in cooperation with KME Karlsruhe Marketing and Event GmbH.

"A collapse in the real world - a departure into virtual worlds"

Under the title "A collapse in the real world – a departure into virtual worlds", the SCHLOSSLICHTSPIELE Karlsruhe turns virtual, and by doing so celebrates a world premiere on 5 August: For the first time ever, projection mapping is created exclusively in the virtual realm. Using a complex process, Karlsruhe Palace and Palace Square have been digitally recreated and now serve as a projection surface on which the new accompanying shows are "mapped". Until 13 September, visitors worldwide can follow something that cannot take place in real space in a virtual livestream on their end devices every evening from 8:15 p.m. (CEST). The special feature of this web projection mapping is that the viewer can adopt different perspectives.

THE SCHLOSSLICHTSPIELE AS A CENTRAL COMPONENT

In Karlsruhe, media art in its various forms is part of life: work and leisure structures, as well as public and institutional spaces offer citizens and guests the opportunity to submerse themselves into various inventive options for action, in the role of visitors and participants and beyond, to contribute to city life as collaborators.

As a booming IT location, Karlsruhe has an excellent and broad-based university and research landscape. This network and a historical cultural infrastructure of exceptional diversity for a city of its size combine with a flourishing cultural and creative economy.

Culture and creativity are important economic factors that generate sales, employment and income, shape future factors such as digitisation, and secure innovation. They open up future prospects for innovative and creative people who are trained at local universities. Culture and creativity bring people together and promote social cohesion. They shape structural change and have a positive impact on urban development. They make the city more attractive, improve its image, and attract national attention – in other words, they make the city a better place to live.

Joining the UNESCO Creative Cities Network gives Karlsruhe and the city's interest groups the opportunity to make new contacts, provide new impetus, and establish new connections to organisations and artists in UNESCO Creative Cities on all continents. Inclusion in the network will give the city renewed momentum and promote the dynamic development of creative innovations. Creativity is seen as a strategic factor for sustainable urban development.

The internal networking and integration of the different scenes facilitates the formation of an urban identity and make a more differentiated external profile possible. Membership strengthens international networking, cooperation and exchange at the international level between cultural institutions, artists, and specialists in digital culture and creative industries.

The city of Karlsruhe and its creative actors aim to get involved in the UNESCO Creative Cities network in a variety of ways and would like to take their innovations and expertise from the mutual relationship between media art and the areas of cultural and creative industries, IT, science and research, as well as democracy and fundamental rights to the member cities and contribute to the global context. 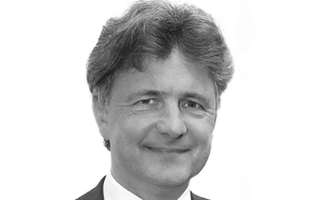 Executive Mayor of the City of Karlsruhe

"With the SCHLOSSLICHTSPIELE – Digital Edition – Karlsruhe more than lives up to its designation as UNESCO Creative City of Media Arts. We have to counter difficult times with creative ideas. Especially when spatial distance between people is necessary as is currently the case, it is important to create common ground. People from Singapore, New York, Rio de Janeiro, Sydney or Johannesburg stand side by side before the palace in Karlsruhe and enjoy a digital work of art in its purest form." 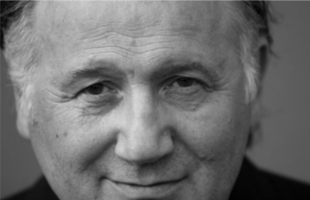 Director of ZKM Karlsruhe and curator of the SCHLOSSLICHTSPIELE

"This year, the SCHLOSSLICHTSPIELE are distinguished by more than one novel element. First, they only take place virtually. At the same time, however, we have the opportunity to reach a much larger reach through a non-localised mass audience in the online universe. The audience will also experience a technical innovation – it is now also possible to choose between several viewing positions on the screen as if you were moving in front of the palace façade. Last but not least, we are experiencing a premiere that captures a historical situation: Germany's EU Council Presidency in the second half of the year and the major Green Deal that we are now facing. The artistic project of the projection mapping will be dedicated to this in an impressive way." 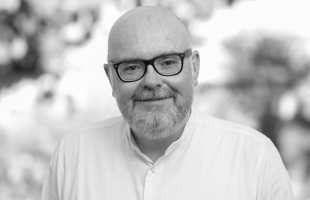 "The digital conversion of such a popular event so quickly is a big challenge for us. Our hope is now that the digital edition will give many people a glimpse into the phenomenon and that in 2021 there will be more international guests in Karlsruhe as well to enjoy the SCHLOSSLICHTSPIELE live at the Palace Square."

+ When will the SCHLOSSLICHTSPIELE take place?

For the first time, in 2020 the SCHLOSSLICHTSPIELE Karlsruhe will take place as a "Digital Edition" from 5 August to 13 September.

Due to the coronavirus pandemic, this year the SCHLOSSLICHTSPIELE cannot take place on Karlsruhe Palace Square as it has been doing.

+ Can the SCHLOSSLICHTSPIELE be viewed free of charge?

Yes, in 2020 you can experience the SCHLOSSLICHTSPIELE Karlsruhe live at home via the website www.schlosslichtspiele.info.

+ Will the SCHLOSSLICHTSPIELE be projected onto the palace despite the live streaming?

No, the SCHLOSSLICHTSPIELE 2020 is an exclusively virtual event, i.e. this season there will be no real-life projections on the Baroque palace façade.

+ Who is the organiser of the SCHLOSSLICHTSPIELE?

Karlsruhe Marketing und Event GmbH is the organiser of the SCHLOSSLICHTSPIELE and responsible for its execution. This festival is curated by the artistic-scientific director of ZKM | Centre for Art and Media, Prof. Peter Weibel. ZKM was founded in 1989 as a "digital construction company" with the mission to carry the classical arts forward into the digital age. Worldwide, it is a unique cultural institution that combines research and production, exhibitions and performances, collections and archives, mediation and events. The SCHLOSSLICHTSPIELE is financed by the city of Karlsruhe, by partners and sponsors, as well as by revenues from the catering on the palace square.

+ Where can I find more information?

+ What do the buttons on the right or bottom of the live stream mean?

The buttons are there for switching between the perspectives. The green marker shows the position from which you are looking at the palace. If you select the perspective with the four markers, you will experience an automatically guided sequence of camera positions that you cannot select manually. This provides a completely different view of the Schlosslichtspiele that has not been possible in the past years.

+ How do I start full screen mode in the live stream?

Can I watch the Schlosslichtspiele in full screen? Yes, of course! Starting and ending the full screen is different for every device. Instructions can be obtained here:

+ How do I change the perspective without leaving the full-screen mode?

If your device supports this feature, in full-screen mode you will see an arrow in the centre of the screen near the bottom edge. If you click or tap this arrow, a menu opens with the buttons you are already familiar with. The menu disappears when you click or tap the arrow again.

+ What are the system requirements for watching the digital SCHLOSSLICHTSPIELE?

Hardware: The Schlosslichtspiele 2020 Digital Edition Player was tested on common hardware products of which none of the devices was older than three years. Older mobile devices may experience performance issues.

+ Should you experience problems with the display, switching of the videos, quality, or the loading process, the four most common causes for this are:

-> Poor Internet connection
-> Incompatible version of the respective browser
-> Incompatible hardware
-> Asynchronous playback of the videos
In this case, we would request that you test the four most common errors in a different location or via another Internet connection, use a different browser or, if necessary, try another device. Simply reload the page to restore the synchronicity of the video.

iOS (iPhone und iPad): iOS and especially iOS on the iPhone have a few special features. We tried to get rid of all restrictions; however, iOS is known for the following restrictions that would have been removed given the system conditions, had it not meant non-compliance with the manufacturer’s and streaming supplier’s requirements and specifications.
-> It is not possible to switch the video to full screen
-> Switching and changing the perspective takes longer because only one stream can be displayed at a time, and when switching, the new stream first needs to be loaded.
MacOS (MacBook): With macOS it is not possible to change perspectives without leaving the full screen.

Your central contact when it comes to big events in Karlsruhe.

Events are a first-class communication tool. Emotionalization and the so-called “sense of unity” play a huge role in this and are used to create lasting bonds, business platforms, and a positive perception of the location.

The ZKM | Center for Art and Media is a cultural institution that is unique worldwide, because it is a place that expands the original purposes of a museum. It is a place of all media and genres, of room-based arts, such as paintings, photography, and sculptures, as well as of time-based arts such as film, video, media art, music, dance, theater, and performance. The ZKM was founded in 1989 as a museum with the mission to perpetuate classic arts with the digital age. That is why it is sometimes also called the “electronic or digital Bauhaus” – an expression that is ascribed to Heinrich Klotz. Furthermore, the ZKM is also home to institutes and laboratories, in which people do scientific research, develop, and produce. Besides making sure that the original main idea of a museum, namely that works of art do not disappear, the ZKM has also taken over the task of creating the conditions for the creation of works of art – by guest artists and also by its employees. That is why it is called center and not museum.